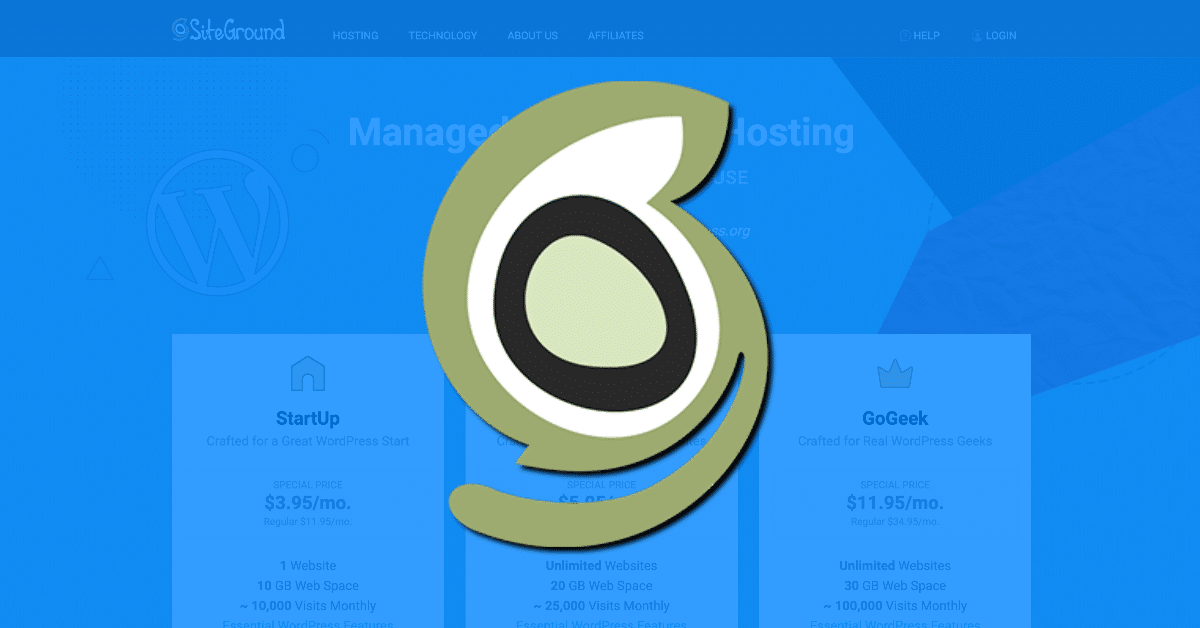 When it comes to building a successful website, blog, or online business, choosing the right web host is one of the most important things you can do. There are a lot of options out there, but in this review we’ll take a close look at SiteGround WordPress hosting.

As you’ll see, I’m a fan of SiteGround. I trust it with my businesses, and it has become my go-to WordPress hosting recommendation. With that said, every hosting service has its drawbacks, and SiteGround is no exception.

For this review, we’ll examine the features of SiteGround hosting, the pros and cons of using it, and what actual SiteGround users are saying about the service.

From its fast servers and cutting-edge speed technology to its world-class customer support, SiteGround has a well-earned reputation as one of the best web hosts in the industry.

While renewal prices after the first 1-3 years are a bit high, the value for money on SiteGround’s promo prices for new customers is unmatched.

Without further ado, let’s dive into the specifics of SiteGround WordPress hosting—the good, the bad, and everything in between.

Web hosting is a big business, and a handful of large corporations dominate the industry by purchasing its biggest players, reducing costs with cheaper infrastructure and offshore customer service, and raking in the profits.

For example, some of the most popular web hosts including Bluehost, HostGator, and iPage are owned by Endurance International Group (EIG), an enormous holding company that’s become infamous for these practices.

SiteGround is not owned by EIG or any other parent company. Since its inception in 2004, SiteGround Hosting Ltd. has remained fully independent.

This isn’t something most hosting reviews cover, but to me it’s a big deal.

Think about it: when a company like EIG holds a near-monopoly on the hosting industry, they have little incentive to innovate or offer a competitive service.

Independent companies like SiteGround, on the other hand, rely on the quality of their offerings and customer support to stay alive and compete with their deep-pocketed rivals.

We live in a fast-paced world. No one has patience for a slow website, and a few extra seconds of loading time can have a measurable impact on your bottom line.

SiteGround seems to really understand this, as they’re consistently among the first to implement new speed technologies to make their customers’ websites faster.

SiteGround has a full list of their speed technologies here.

Of course, those fancy specs only matter if they deliver real, measurable performance improvements—so let’s look at the data for this very site.

One metric that is closely tied to your web host (as opposed to your own on-site optimizations) is server response time, or Time To First Byte.

You can measure this using Google PageSpeed Insights:

Google recommends a server response time of 200ms or less, so I’m incredibly satisfied with 50ms.

We also created a test site, populated it with dummy content, and tested its performance with GTmetrix:

Right out of the box, without any on-site speed optimization, our test site loads in just 0.8 seconds on SiteGround.

Another important metric for any hosting service is, of course, uptime.

SiteGround uses Linux containers and account isolation to prevent other websites on your server from affecting your performance, and they proactively monitor for security threats and other issues that could cause downtime.

Here’s a look at some of the ways SiteGround protects your site (from the features page):

All of this helps SiteGround deliver on their advertised promise of 99.9% uptime.

In fact, we’ve actually seen 100% uptime on our site over the last 12 months:

Most web hosts, SiteGround included, offer an automatic WordPress installer inside of cPanel.

But SiteGround takes this a step further with its WordPress hosting plans. As soon as you sign up, you can install WordPress instantly and jump right over to your new WordPress dashboard, without ever having to open cPanel or dig through your hosting account to find the app installer.

This is particularly helpful for beginners, but even advanced users will appreciate the added convenience.

StartUp vs. GrowBig vs. GoGeek

StartUp is an affordable plan for those just starting out. You can host one low-traffic website that doesn’t require a lot of server resources or storage—but it’s pretty easy to outgrow. As soon as you start getting serious traffic or using resource-heavy plugins, you’re going to hit a wall.

GrowBig is the most popular SiteGround plan, and it’s a perfect middle ground for those who need some additional resources but aren’t running a WooCommerce store or getting insane traffic yet. GrowBig also comes with SiteGround’s WordPress SuperCacher (to make your site load faster), free site migrations, on-demand backups, and staging.

GoGeek is a semi-dedicated hosting plan that is significantly faster than the lower tiers. It comes with everything in GrowBig, plus more server power, high-priority support, PCI-compliant servers (for e-commerce stores), and SG-GIT.

SiteGround is a longtime supporter of the Let’s Encrypt initiative, and it now offers unlimited free SSL certificates for all accounts. The certificates can be installed with a single click, making the transition to HTTPS easier than ever before.

If you want to move to SiteGround from another web host, a free website transfer is included on their GrowBig and GoGeek plans.

One of their experts will migrate your content, conduct a health check, and make performance optimizations to get your website up and running on SiteGround with zero downtime.

SiteGround is also known for going above and beyond when it comes to customer support.

They provide support 24/7 through tickets, live chat, and phone calls—and they don’t keep you waiting (you can generally expect a ticket response within ten minutes).

With that said, what makes their support exceptional is not just their responsiveness, but the scope of issues they’re willing and able to help with.

There may be times when you need technical support for an issue that’s not strictly hosting-related—e.g. a problem with WordPress or a plugin or theme you’re using. Most hosts will dismiss these requests as beyond their scope, but SiteGround has trained WordPress experts on staff who are happy to investigate such problems for you.

Something to be aware of, and one of the “cons” of SiteGround hosting, are the renewal prices.

If you take a look at the pricing page here, you’ll see that there is a special promotional price, as well as a “regular” price for each package:

When you sign up, you’ll have the opportunity to choose a billing period of 12, 24, or 36 months.

The special promotional price applies only to your first billing period, after which it will return to the regular price (about 3x the promo price). In other words, if you want to save the most money over the long term, you’ll want to go with a longer billing cycle.

In an ideal world, you’d get the 36-month period. It’s definitely a commitment, but you will not find a better value for money than SiteGround’s promotional price.

In any case, the promotional period gives you some time to try out the service and determine whether it’s a long-term fit for your business and worth the cost of renewal.

One of the ways SiteGround keeps its servers operating at peak performance is by enforcing strict CPU limits.

This is a pro when it’s someone else’s site, but definitely more of a con when it’s yours.

If your website and plugins routinely exceed your monthly resource limits, SiteGround will send you warnings and, eventually, shut down your site.

Of course, SiteGround support can assist you in solving performance issues and reducing your site’s footprint, but the best way to avoid this is by proactively performing on-site optimizations ahead of time.

We have a WordPress speed optimization tutorial that should help keep your site well within the limits of your account, on SiteGround or any other host.

What Actual SiteGround Users Are Saying

To add some additional perspective to this review, let’s take a look at what people are saying about SiteGround around the web.

A good way to get a feel for a web host’s reputation is by polling professionals in industry Facebook groups. SiteGround is highly favored in these groups:

SiteGround has long held a spot as one of three recommended web hosts on WordPress.org:

SiteGround is also used and endorsed by Yoast, the company behind the popular WordPress SEO plugin:

The Pros & Cons Of SiteGround Hosting

From its fast servers and cutting-edge speed technology to its world-class customer support, SiteGround has a well-earned reputation as one of the best web hosts in the industry.

While renewal prices after the first 1-3 years are a bit high, the value for money on SiteGround’s promotional prices for new customers is unmatched.

At the end of the day, I trust SiteGround with my businesses and I’m happy to recommend them. (Unfortunately I can’t say the same about many of the other hosts I’ve used in the past.)

I hope this review has been helpful! If you have any questions about SiteGround or another web host you’re considering, please feel free to leave a comment below.

You are going to send email to